Graham Kerr, a former seed potato inspector with the Scottish Government Rural Affairs Department, was presented with the Association’s Dr Hardie Award at a British Potato Trade Association curling bonspiel in Edinburgh. The Dr Hardie Award is presented each year to an individual who has made an outstanding contribution to the production of early generation high grade seed. Graham served as an inspector for 40 years and also played a major role in the training of seed potato inspectors. 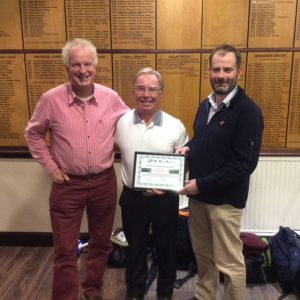